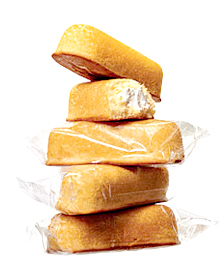 The medical, statistical data from reputable associations and organizations are not lying to us – they're warning us.

The steady influx of fast food chains providing junk food combined with a sedentary lifestyle has caused childhood obesity to reach epidemic proportions in Canada and around the world.  Children's muscles atrophy after a period of abuse and neglect, and manifest the onset of chronic adult diseases.

Dr. C. P. Bansal, the national President of the Indian Academy of Paediatrics stated, "Adolescent health and nutrition status has an intergenerational effect."

"Habits acquired during childhood and adolescence remain with a person throughout his life and also set an example for his children…obesity in childhood invariably continues into adulthood, leading to a very high incidence of non-communicable lifestyle disorders later in life," adds Bansal.

According to the Centre for Disease Control and Prevention (CDC) 'adult onset' diabetes in children has risen more than 1,000% over the last two decades in the United States.  Children have unlimited access to sugar and processed food, and are consuming 600 calories more per day than they were 30 years ago.  40% of children are now overweight and over 2 million are morbidly obese who have either pre-diabetes or diabetes.

The CDC states that half of American overweight teens have unhealthy blood pressure, cholesterol and blood sugar levels and childhood obesity epidemic has brought on Type 2 diabetes.  "It's one thing for an overweight or obese 55-year old gaining an extra few pounds a year to develop diabetes at age 65 and then have a heart attack.  It's a very different thing if the clock starts ticking at age 10", said David S. Ludwig, a childhood obesity expert at Children's Hospital in Boston.

Young diabetic teens will be diabetic adults in the near future struggling to keep their blood sugar levels under control and encumbered with the effects of long-term diabetes such as blindness, nerve damage, heart attacks and strokes.

A study was released in the 'Pediatrics' journal in May 2012 that looked at data from the National Health and Nutrition Examination Surveys over the past 10 years.  Here are the overwhelming statistics:

80% of food products in U.S. grocery stores are spiked with added sugar.

Statistics Canada states that almost a third of Canadian children are overweight or obese.  The 2009-2011 Canadian Health Measures Survey reports:

According to the Economist's 'Big Mac Index', a Big Mac costs more than many people earn in a day's wage and so they consider fast food a symbol of wealth in India.  Most parents do not feel a sense of responsibility for their child's weight problem nor do they acknowledge or recognize they are compromising their child's health.

A study conducted at the Midwest Regional Hospital in Limerick, Ireland, reported that up to a third of children in hospital are brought fast food by their parents during their stay and more than a third of 6 to 12-year-old children admitted to the facility are overweight or obese.

Researchers at the University of Limerick and Dalhousie University in Canada looked at the types of food eaten by child patients and established there was a lack of water, brown bread, dairy products, fruit and vegetables.  "This challenge is reinforced by our finding that nearly 67% of parents of overweight or obese children believe that their child was of normal weight," stated Professor Colum Dunne, author and researcher.

A study undertaken by an academic at Goldsmiths, University of London, looked at 4,000 Scottish children aged 3 to 5 years-of-age and compared fast food with freshly cooked food  and found that:

Positive initiatives to tackle the global obesity epidemic are reverberating around our planet.  Organizations are implementing changes to their policies, integrating proactive measures and acting responsibly for what has been so blatantly apparent and what they can no longer deny – social conscience, awareness and accountability. This long overdue chain reaction in asking corporations and parents to do the right thing for all the right reasons brings the obesity plight to a crucial crossroad from a moral and ethical standpoint that echoes: "If you're not part of the solution, you're part of the problem."

Fast food advertising in Quebec aimed at children has been banned online and in print for the last 32 years.  Studies indicate they have the lowest rate of child obesity in Canada.

"Physical activity plays a powerful role in the prevention and management of type 2 diabetes, however, little data exists to describe the role of physical activity in the prevention of type 2 diabetes in obese youth," says Dr. Jonathan McGavock, a Canadian Diabetes Association past scholar and research scientist at the Manitoba Institute of Child Health.

"These findings are important as they indicate any level of physical activity will reduce the long-term effect of metabolic syndrome and type 2 diabetes in obese youth," says Dr. McGavock.

"The future goal for my work is to create much-needed objective evidence to inform public policy and clinical decision making for the role of physical activity in the prevention of type 2 diabetes in youth."