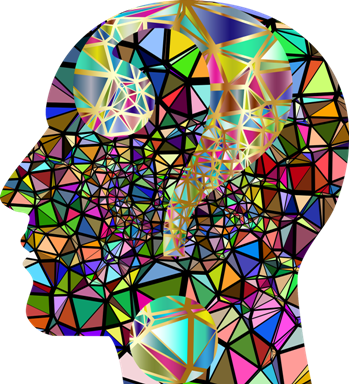 Dyslexic people focus on deficits in their literacy skills when they should be acknowledging and celebrating the unique talents they possess.

“…people with dyslexia can distribute their attention far more broadly than do typical readers and…may exhibit strengths for seeing the big picture, both literally and figuratively, others tend to miss,”   says Matthew H. Schneps in The Advantages of Dyslexia,” published by the Scientific American.

Sociologist Julie Logan said, “…dyslexia is relatively common among business entrepreneurs; people who tend to think differently and see the big picture in thinking creatively about a business.”

Dyslexia is a developmental reading disorder where a child has a difficult time processing and interpreting information such as language and symbols.  Children may also have trouble with reading comprehension, spelling and writing.  While dyslexia is genetically inherited, it does not have to encumber your child's future success or well-being.

With the right diagnosis, appropriate instruction and support from family and the educational school system, children who have dyslexia can learn to read accurately and fluently and lead a very successful life.

A child's reading skills are usually up to speed at eight-years-of-age (grade 2), and that's when conventional methods for diagnosing dyslexia takes place.  Today, studies show that it's possible to identify children as young as three who are at risk for dyslexia.

“Dyslexia takes away an individual’s ability to read quickly and automatically, and to retrieve spoken words easily, but it does not dampen their creativity and ingenuity.”  – www.dyslexiacanada.org

Does your child have dyslexia?

Take the time to observe your child's behaviour.  If your child consistently displays any of the following signs, it is important to notify your Family Physician or Paediatrician.  Here is a link that includes 37 Common Characteristics of Dyslexia.

The Science of Dyslexia

At the Harvard-Smithsonian Center for Astrophysics, a test funded by the National Science Foundation investigated talents for science with dyslexic people.

Study results concluded that professional astrophysicists with dyslexia were better at spotting a simulated graphical signature in a spectrum characteristic of a black hole than astrophysicists without dyslexia.  Another study concluded that college students with dyslexia showed an advantage over students without dyslexia in their ability to memorize blurry-looking images resembling x-rays.

“The Advantages of Dyslexia,” written by Matthew H. Schneps in 2014 and published in the Scientific American states, “…reading changes the structure of the brain.  An avid reader might read for an hour or more a day, day in and day out for years on end.  This highly specialized repetitive training, requiring an unnaturally precise, split-second control over eye movements, can quickly restructure the visual system so as to make some pathways more efficient than the others.”

Stanislas Dehaene in France led an imaging study of illiterate adults who were taught to read.  The study showed that changes occurred in the brain as reading skills were acquired, but they “…lost their former abilities to process certain types of visual information, such as the ability to determine when an object is the mirror image of another,” said Schneps.

“This would suggest that the visual strengths in dyslexia are simply an artifact of differences in reading experience, a trade-off that occurs as a consequence of poor reading in dyslexia.”

A study led by Facoetti’s team showed that children diagnosed with dyslexia often exhibit impairments in visual attention, which “…raises the possibility that visual attention deficits, present from a very early age, are responsible for the reading challenges that are characteristic of dyslexia.”

“If this theory is upheld, it would also suggest that the observed advantages are not an incidental byproduct of experience with reading, but are instead the result of differences in the brain that were likely present from birth,” says Schneps.

As a child with dyslexia grows, a number of advantages should start to emerge.  Schneps concludes that “…while typical readers may tend to miss the forest because it’s view is blocked by all the trees, people with dyslexia may see things more holistically, and miss the trees, but see the forest.”

“One thing is clear,” says Schneps, “dyslexia is associated with differences in visual abilities, and these differences can be an advantage in many circumstances, such as those that occur in science, technology, engineering and mathematics.”

Matthew H. Schneps is an astrophysicist with dyslexia who founded the Laboratory for Visual Learning to investigate the consequences of cognitive diversity on learning.  He is a professor of computer science at UMass Boston, and conducts research in dyslexia at the Harvard Graduate School of Education.  Currently, Schneps is writing a book on how the emergence of e-reading technologies is redefining dyslexia