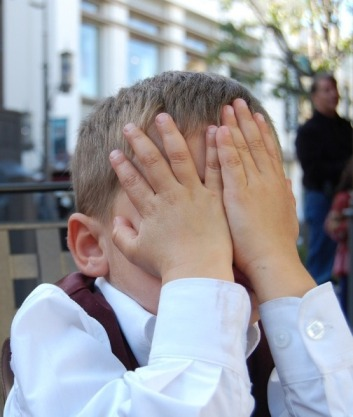 A recent five-year study conducted by the American Academy of Sleep Medicine discovered that about 2% of children from six to eleven years of age suffer from sleep apnea.  The study concluded that there is an association with increased rates of ADHD-like behavioural problems as well as adaptive and learning problems.

An excerpt from the study reported:

“When kids are having the greatest growth compared to their height, that’s when they’re most at risk,” said Dr. Floyd R. Livingston, Jr., Division Chief of Pediatric Pulmonology and Sleep Medicine at Nemours Children’s Hospital in Orlando, Florida. While enlarged tonsils and adenoids are usually the culprit, obesity is also a major reason why kids get sleep apnea. In fact, up to 60% of obese children have obstructive sleep apnea, according to the National Sleep Foundation. A 20-year review conducted by the Center for Disease Control (CDC) of obesity-associated diseases among children aged 6 to 17 found a 436% increase for sleep apnea. What is Sleep Apnea?

Obstructive Sleep Apnea (OSA) is a condition that causes the throat or upper airway to collapse, preventing oxygen from going through the lungs resulting in shallow breathing or breathing pauses.  Sleep apnea can happen at any age, but it is most common in children from the age of three to seven and during middle school years.

What are the Symptoms of Sleep Apnea?

Have you noticed your child sleeping in peculiar positions?  Do any of these positions sound familiar to you?

How to Diagnosis Sleep Apnea

An overnight sleep test called a polysomnograph is conducted to determine if sleep apnea is present. A polysomnograph monitors brain waves, muscle tension, eye movement, respiration, oxygen levels in the blood and audio monitoring to determine the extent of OSA.

Have your child examined by a paediatrician who will commonly look for enlarged tonsils and adenoids.  Your paediatrician may refer your child to an ear, nose and throat (ENT) specialist and recommend the best course of action.

Effective treatment options for children include the surgical removal of the tonsils and adenoids or the use of Continuous Positive Airway Pressure (C-PAP) therapy.  These machines may be intimidating at first but rest assured they will keep your child’s airways open ensuring he/she gets a deep, uninterrupted sleep.

Untreated sleep apnea can lead to other serious health issues such as high blood pressure, heart problems and an inability to develop interpersonal relationships.

Two Ontario sleep doctors state that more children are suffering from obstructive sleep apnea due to increasing rates of obesity - as reported by CBC on March 10th, 2014.

"In the past we used to see predominantly preschool-age children who had large tonsils and large adenoids, that was the basis for their obstructive sleep apnea," said Dr. Sherri Katz, who is also a principal investigator for Children’s Hospital of Eastern Ontario’s (CHEO) Research Institute.

"As time goes on we are seeing a second wave of children with obstructive sleep apnea, predominantly over the age of eight, where obesity is the major factor contributing to their sleep disorder."

"Children can have trouble with high blood pressure, they can have impaired glucose tolerance … it can certainly impact on their quality of life," said Katz.

Dr. Katz stated that CHEO is currently leading a national study evaluating treatments for young people suffering from obstructive sleep apnea. The study recruits children with obesity, as well as obstructive sleep apnea, and follows them over the first year - from the time of diagnosis and throughout their treatment. Researchers are measuring blood sugar control and looking at blood pressure and quality of life. Children’s hospitals in Montreal, Calgary Edmonton and Winnipeg are also participating in the study.

Dr. Katz’s sleep laboratory is capable of testing about 400 to 500 patients a year, but there is cause for great concern because over a 1,000 children are already on the waiting list.

"Rates of sleep apnea are about three to 10 times higher in children with obesity," said Katz.

"There aren't sufficient paediatric sleep laboratory resources across the country to manage the growing demand."

Dr. Indra Narang, Director of Sleep Medicine at The Hospital for Sick Children in Toronto stated that obesity-related sleep apnea is the main reason children are referred to her department and she deems the issue of obesity and sleep apnea a “public health issue.”

Most people focus on other conditions associated with obesity, such as high blood pressure or diabetes, but they forget or do not consider sleep apnea.

Diligencia Investigative Reporting - Your Child’s First Trip to the Dentist:  Do You Know What to Expect?

You’ve got to Accent-uate the Positive!