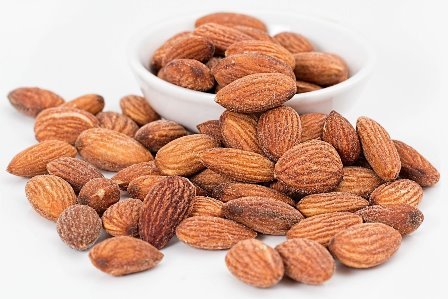 These days it would be a rare occasion for people around a dinner table to not have allergies, sensitivities or intolerances to food. Celiac disease, lactose intolerance and peanut, tree nut, fish, egg and other allergies are a serious health concern – especially for kids.

“Food allergies are a growing public health burden and have been referred to as the ‘second wave’ of the allergy epidemic,” states Wenyin Loh and Mimi L. K. Tang in a research article entitled, ‘Epidemiology of Food Allergy in the Global Context’ published by the National Center of Biotechnology Information (NCBI).

“An interesting observation is that children of East Asian or African descent born in a Western environment are at higher risk of food allergy compared to Caucasian children. This intriguing finding emphasizes the importance of genome-environment interactions and forecasts future increases in food allergy in Asia and Africa as economic growth continues in these regions,” the report states.

Alan R. Mackie, Professor and Head of the School of Food Science & Nutrition at the University of Leeds in UK  co-authored an article entitled, ‘Almond Allergy: An Overview on Prevalence, Thresholds, Regulations and Allergen Detection’ which states, “Almond is one such tree nut that is frequently eaten in many parts of the world and represents a potential allergenic hazard.”

“The figures seem high but are already in a subset of the population who have nut/peanut allergy. Thus, if you are already allergic to a particular type of nut, there is a high chance that you will also react to a different type of nut, although the reaction may well be less severe,” says Mackie.

The article further states, “A number of hypotheses have been proposed in relation to the increased prevalence of food allergy, including the following risk factors: atopic dermatitis, increased hygiene/cleanliness with associated reduction to pathogen-exposure, microbiome changes, allergens avoidance in early life as well as dual allergen exposure, nutritional factors, such as vitamin D insufficiency, reduced antioxidants consumption and obesity.”

Europe – the prevalence of self-reported allergy to any nut was estimated to be 1.7% or 7.6 million people.

Almond Oil in Many Products

Almond oil, rich in oleic and linoleic acids, has anti-inflammatory and immunostimulant effects, reduces irritable bowel syndrome symptoms and is useful for treating constipation.  Almond oil is a component in the following products:

If your child has an adverse reaction following the administration of any of the medications listed above, how would you know if the almond oil in the medication is exacerbating your child’s health?  A ‘mild’ reaction to tree nuts consists of stomach ache, nausea, vomiting and diarrhea – symptoms that present typically with flu.

It is highly recommended that you take your child to see your family doctor or paediatrician if your child displays any of the above allergic reactions after ingesting peanuts or foods that contain nuts.

If your child displays any of the above symptoms and reactions, call ‘911’ immediately.

A 7-year-old girl suffered an anaphylactic reaction after her mother administered 4 drops of Cerumol in her ear to loosen earwax.  Within four minutes, her breathing was laboured, she collapsed into anaphylactic shock and was rushed to hospital where she received immediate medical attention.

Cerumol eardrops are available in most pharmacies without a prescription.  Despite a warning on the box and in the attached patient information leaflet indicating that Cerumol contains peanut oil, the parent administered the ear drops.

Licensed natural health products and pharmaceuticals in Canada might be labelled as containing "arachis oil," which is another term for peanut oil.  Arachis oil provides lubrication to help remove the cerumen plug (earwax blockage).

Check with your local pharmacist and/or family physician before you purchase a product that may affect your child’s health.

If you or any member of your family has suffered an adverse reaction with allergen-containing natural health products and pharmaceuticals, Health Canada encourages you to report your incident to the Canada Vigilance Program by filling out a form (scroll down to the Related Resources Section).

Health Canada is urging professionals to remind their patients with food allergies to always check the list of medicinal and non-medicinal ingredients of the health products, including topical preparations such as creams, ointments and ear drops and to always check for allergen warnings prior to purchasing and using any product.

Researchers agree that more investigation in Asia and the developing world is required to fully comprehend the extent of the food allergy problem on a global scale.  The objective would be to not only establish factual evidence, preventative measures and a strategic game plan to cope with allergy increases but to also provide constructive risk assessment and consumer advice.

It would be wise and timely for the pharmaceutical industry to consider alternate oils that provide the same benefits for any and all health and cosmetic products that contain tree nut oils.

For just over a year, the presence of COVID-19 has demanded that we reinvent our lives.  For the most, we have all been in lockdown and/or quarantine living a cautious, isolated existence while constantly washing our hands, wearing masks and ensuring our home environments are germ-free.

During these confined COVID days, it can be difficult to balance our routines without compromising our health.

Where our lives and our children’s lives have been impacted the most is in the reduction of outdoor activities.  Being outdoors on a daily basis strengthens a child’s immune system by acquiring Vitamin D3 from the sun and stimulating an anti-microbial response so that children are less likely to develop allergies. 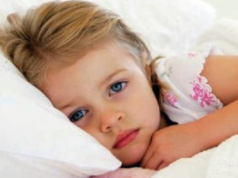