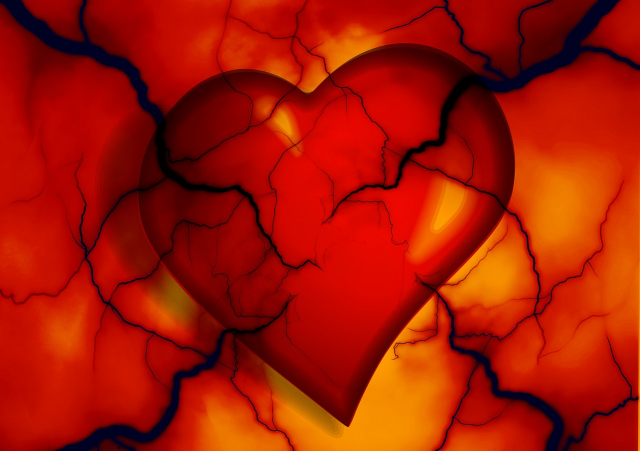 After reading and researching numerous health documents and stories from every continent for the past few months, I discovered a very strong common denominator of concern – a defining thread called 'food'.  "We are what we eat," echoes in my head as a congruent reminder of its underrated validity and overlooked value.  One thing is for sure –

our children's eating habits have changed so much that heart disease, diabetes, high blood pressure, and a myriad of other adult diseases are plaguing them at an unforeseen rate - and the statistics are staggering.

It is normal to expect or assume that our children and grandchildren will live longer and healthier lives than the previous generation because of medical technology and proactive health measures that we incorporate into our daily lives - but today it is more true to state the opposite.  We have produced fat loving - happy (questionable) sugar junkies.  Scientists have proven repeatedly that fast food and sugar are biologically addictive so we cannot place the fault on the child or the parent but taking into consideration this disease is 100% preventable, it has to be fixed where it begins – in our homes.  Foods that were once considered a weekly 'treat' have become a part of our daily diets, and therein lies the problem.  Treats have replaced healthy meal choices and the result is our children are eating more treats than nutritional food.  The balanced diet scale has been tipping the wrong way incrementally for the past 25 years and produced staggering medical results.

One in four young children in Canada is overweight or obese …

One in four young children in Canada is overweight or obese and according to Statistics Canada, only 7% get the recommended 60 minutes of exercise daily.  In the United States, 40% of children are now overweight and over 2 million are morbidly obese, exceeding the 99th percentile for weight.  34 teaspoons of sugar are consumed daily by the average child in the U.S. and 54 gallons of soda are consumed every year by the average American, according to the New England Journal of Medicine.

The Pediatrics Journal released an astounding study that looked at data compiled for the past ten years:

The Canadian Diabetic Association states that:

The Public Health Agency of Canada states that as the rates of obesity increase among children and youth, the rates of Type 2 Diabetes increase.  Therefore, the ratio of Type 1 to Type 2 Diabetes in this population is likely to be impacted.  Research suggests that both Type 1 and Type 2 Diabetes are increasing worldwide in youth.  As both forms of diabetes are lifelong diseases, the early onset of either type increases the risk of related complications later in life, with lifelong implications for those with the disease and their families, as well as for the health care system and the Canadian economy.  Although it is currently only possible to prevent Type 2 Diabetes, optimal management of both Type 1 and Type 2 Diabetes is of primary importance to prevent negative consequences of either disease.

The National Institute of Health examined 360 randomly selected youngsters aged 7 to 12 and revealed that 98% of the children already had 3 or more risk factors for heart disease.

The New England Journal of Medicine states that there has been a more than 1000% increase in Type 2 Diabetes in children over the last two decades.

The Center for Disease Control and Prevention (CDC) stated that 50% of American overweight teens have unhealthy blood pressure, cholesterol, and blood sugar levels.

According to a new Kaiser Permanente study of 900,000 children ages 2 to 19 years of age published in The Journal of Pediatrics, children who are overweight or obese (particularly older, non-Hispanic white girls), are more likely to have a neurological disorder known as Idiopathic Intracranial Hypertension (2H), a rare condition that can result in blindness.

"Childhood obesity has again been shown to be associated with a serious disease," said study leader author Sonu M. Brara, MD, of the Kaiser Permanente Los Angeles Medical Center Neurology Department.  "This research which found 78 cases of 2H is the strongest evidence to date that obesity is associated with 2H in children – it also suggests that the childhood obesity epidemic is likely to lead to increased morbidity from 2H, including blindness."

According to 'Pediatric & Adolescent Medicine' watching television affects what children eat even when they're not sitting on the sofa enjoying their favourite program.  Leah Lipsky, the study's lead author and staff scientist at the Eunice Kennedy Shriver National Institute of Child Health & Human Development stated that aside from hours of computer use and level of physical activity, watching television was associated with eating fewer fruits and vegetables and eating more candy, soda, and fast food.  The studies also show that television food commercials may help explain how viewing can affect our children's eating behaviours, considering that the foods featured generally have poor nutritional content.

Researchers at the University of North Carolina (UNC), Chapel Hill recently discovered that Chinese children have a diabetes rate that is four times higher than the children in the United States.  The study led by Barry Popkin, Professor of Nutrition at UNC's Gillings School of Global Public Health utilized data from the China Health and Nutrition Survey, which was completed between 1989 and 2011 and comprised of 29,000 children who live in 300 different communities throughout China.

"Chinese teenagers have a diabetes rate that is 4 times higher than teenagers in the United States."

"What is unprecedented is the changes in diet, weight and cardiovascular risk for children from the age of seven and older … with 1.7 million Chinese children between the ages of seven and eighteen having diabetes, another 27.7 million considered pre-diabetic, and more than one third of children under the age of eighteen having high levels of at least one cardiometabolic risk factor," noted Barry Popkin.

Penny Gordon-Larsen, Professor of Nutrition at UNC's Gillings School of Global Public Health stated, "The number of individuals with high levels of at least one cardiovascular risk factor increased to 85% in individuals aged 40 and older…but of even greater concern is the fact that we see these high levels of risk in individuals living across the entire country – urban and rural, as well as in high and low incomes."

Since the fast food market chains have become more global, obesity and diabetes have had a devastating health impact on children around the world.

A study by the Archives of Disease in Childhood in the Netherlands based on data collected from five hundred obese children between 2005 and 2007 stated that two thirds of the 'very obese' children are at risk of developing heart disease by the age of 12, and 'obese' children already have signs of high blood pressure and

high cholesterol.  Only one child in the study out of the 500 had Type 2 Diabetes for a medical issue - not a lifestyle issue.

"The prevalence of impaired fasting glucose in these children is worrying, considering the increasing prevalence worldwide of Type 2 Diabetes in children and adolescents…and likewise, the high prevalence of hypertension and abnormal lipids may lead to cardiovascular disease in young adulthood", said Dr. Joana-Kist-van Holthe, Department of Public Health and Occupational Health at the University Medical Centre in Amsterdam.

"Children as young as 7 are being diagnosed with Type 2 diabetes which can have devastating, long term health consequence," specialists warn.

Kamlesh Khunti, a GP and professor of primary care at Leicester University said, "Unless we do something about it, it's going to get worse.  In the U.S. something like 40% of referrals to paediatric clinics are for Type 2 diabetes."

Pollution a Culprit in Child Obesity

In a recent study published April 2012 in the American Journal of Epidemiology it is suggested that prenatal exposure to air pollution may influence how much children weigh as they grow up.  Researches found that pregnant women in New York City, who were exposed to high concentrations of an environmental pollutant called Polycyclic Aromatic

Hydrocarbons (PAH), were more than twice as likely to have obese children at the age of seven as women exposed to lower levels of the same pollutant.  PAH are common in city environments caused by burning coal, diesel, oil, and gas.

Ontario has created a 'Healthy Kids Panel' that will provide the Minister of Health and Long-Term Care with recommendations to meet the government's target of reducing childhood obesity by 20% over the next five years.  The Healthy Kids Panel is comprised of 17 independent experts who not only possess a broad understanding of obesity but are also recognized leaders in their prospective fields including academia and research, health care and public health, physical activity, community-based organizations, media for parents and consumers, advertising and social marketing, education, food retail and manufacturing, consumer products, health promotion, human development, and Aboriginal communities.

If you are interested in providing input into the panel's work and discussions please visit www.ontario.ca/health or send submissions to [email protected]

You Can Help your Children Maintain a Healthy Diet

There is a Light at the End of this Food Tunnel

Parents can help their children turn things around NOW!  Teach your children life skills on how to care for and feed their bodies.  Young children can avoid lifetime health problems with education, a balanced and nutritional diet, and incorporating exercise into their daily lives.

If the food industry was held accountable, and the marketing industry used their savvy to promote healthy food, a course of action enabling straightforward policy changes would have an enormous and positive impact on our children's future.  If more families were inspired to cook their meals (not heat pre-packaged, processed foods) and prepare healthy lunches with balanced, nutritional food choices, the statistics for our children's future wouldn't be staggering – they would be commendable.

The irony of this article is that hunger kills more people each year than AIDS, malaria, and tuberculosis combined, and it is one of the top five reasons why children die.  No matter which way I flip the coin the outcome is the same - children are dying for lack of food and children are suffering from adult diseases because they are eating too much of the wrong foods.  You don't have to be a rocket scientist to know that children desperately need our help.  It is my fervent hope that through a collective conscience we unite as one voice, and work together towards one goal:  To allow our children to be – children.