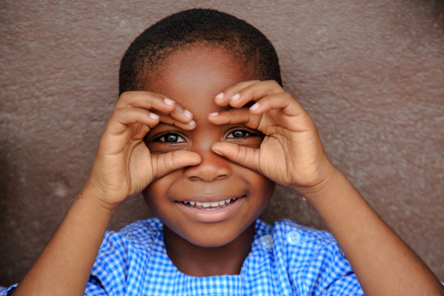 United Nations groups led by UNICEF and the World Health Organization (WHO) released a maternity mortality report stating that since Universal Health Coverage was introduced, millions of women and children have a significantly higher chance of survival.

Due to improved access to medical services in 2000, child deaths have reduced by nearly 50% and maternal deaths by over 33%.

“In countries that provide everyone with safe, affordable, high-quality health services, women and babies survive and thrive,” said Dr Tedros Adhanom Ghebreyesus, Director-General of WHO.

“This is the power of universal health coverage.”

The first month of a baby’s life presents the most arduous medical challenges such as premature birth, having congenital defects or contracting infections.

“About a third of these deaths occur within the first day and nearly 75% in the first week alone,” states the UN report.

High blood pressure, severe bleeding, infections during or after childbirth and a pre-existing disease or condition complicated by pregnancy, cause the most maternal deaths.

“Around the world, birth is a joyous occasion.  A skilled pair of hands to help mothers and newborns around the time of birth, along with clean water, adequate nutrition, basic medicines and vaccines, can make the difference between life and death. We must do all it takes to invest in universal health coverage to save these precious lives,” said Henrietta Fore, UNICEF Executive Director.

Babies who survive the first month are faced with increased health risks such as pneumonia, diarrhea and malaria.

The causes of death and disability for older children include road traffic injuries and drowning.

Actively working towards universal health coverage, the world has made substantial progress in reducing child and maternal mortality.

“Since 1990, there has been a 56% reduction in deaths of children under 15 years-of-age from 14.2 million deaths to 6.2 million in 2018. Countries in Eastern and South-Eastern Asia have made the most progress, with an 80% decline in under-five deaths,” states the UN report.

Bangladesh, Belarus, Cambodia, Kazakhstan, Malawi, Mongolia, Morocco, Rwanda, Timor-Leste and Zambia have “…shown substantial progress in reducing child or maternal mortality due to political will to improve access to quality health care by investing in the health workforce, introducing free care for pregnant women and children and supporting family planning.  Many of these countries focus on primary health care and universal health coverage,” adds the UN.

“Despite this progress, large disparities in maternal and child survival still exist.  Reducing inequalities and assisting the most vulnerable newborns, children and mothers will be essential for achieving SDG (Sustainable Development Goals) targets on ending preventable maternal and child deaths.”

“Maternal and child health care is one of the most important investments a country can make to build human capital and boost economic growth,” said Muhammad Pate, Global Director for Health, Nutrition and Population at the World Bank Group and Director for Global Financing Facility.

The global target for ending preventable maternal mortality is to reduce maternal mortality ratio to less than 70 per 100,000 live births by 2030.  The world will fall short of this target by more than one million lives if the current pace of progress continues.

In 2018, 121 countries achieved the under-five mortality rate.  Among the remaining 74 countries, 53 will need to accelerate progress to reach the SDG target for child survival by 2030.

The United Nations Inter-agency Group for Child Mortality Estimation (UN IGME) is led by UNICEF and includes WHO, the World Bank Group and the United Nations Population Division.UN IGME was formed in 2004 to share data on child mortality, improve methods for child mortality estimation, report on progress towards child survival goals, and enhance country capacity to produce timely and properly assessed estimates of child mortality.

The Maternal Mortality Estimation Inter-Agency Group (MMEIG), led by WHO and includes UNICEF, UNFPA, World Bank Group and the United Nations Population Division, was established to advance the work on monitoring progress towards UN Development Goals on maternal mortality.

MMEIG and its Technical Advisory Group, dedicated in producing the most reliable estimates and documentation, have collective expertise in maternal health, epidemiology, statistics, demography and data collection.

The Most and Least Expensive Child Care in Canada

Homeless Children All Time High in the United States